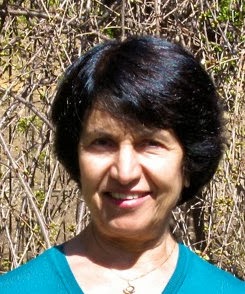 Women are generally absent from the pages of the early history of the Bábi-Bahá'í Faith and there are reasons for it. Their absence is better understood by older believers from Iran and other Middle Eastern countries, for they are familiar with the dynamics at work. These believers rarely saw a woman's name and particulars appear in a history book and this seemed acceptable. They were raised in the cradle of gender inequality and witnessed biases against women all their lives. Almost all women were victims of prejudices that pushed them into oblivion. The older believers were well familiar with the social and religious background giving rise to the marginalization of women in history. They knew that the causes had deep roots and could not be eliminated without education and concerted effort. Some had more important things to do, such as struggling to stay alive and saving their souls. Others did not know any better. To them things looked all right as they were. However, it became increasingly difficult for them to convince the younger generation - the beneficiaries of the principle of gender equality brought by Baha'u'llah - not to challenge the status quo. The slow pace of progress acceptable to older Bahá'ís is insufficient for those who crave tangible and meaningful change.

One area where change is desperately needed is in the way women are treated in history. Lack of information about most of the early women believers, including the women closely related to the Central Figures of the Faith, raises questions about who they were, how they lived their lives, what contribution they made to the progress of the Faith and so on. Bridging the gap between the exercise of unlimited patience towards the unequal treatment of women in history advocated by older believers and the eagerness of the younger generation to ensure that they are not deprived of an important part of their heritage requires conscientious and systematic effort. A significant part of that effort lies in delving into and studying the lives of the early women believers who played an important role, through suffering and working behind the scenes, in shaping historical events. The effort also includes an analysis and assessment of the factors that prompted historians to discuss historical events without disclosing in full the names and particulars of female participants.

The early Bábi and Bahá'í historians and chroniclers followed a pattern prevalent at the time the Báb and Bahá'u'lláh revealed their missions in the 19th century. By then the plight of women had reached the lowest conceivable level. Muhammad had introduced certain improvements in the status of women, which benefited the early Muslim believers. With the passage of time and biased interpretations of scripture, improvements gave way to the imposition of strict but arbitrary restrictions on women. Consequently, the status of women towards the end of the Muhammadan dispensation became worse than it had been when Muhammad revealed His mission. Women were gradually divested of their human rights on the grounds that they were intrinsically inferior to men. Women's inferiority was taught and accepted as an indisputable fact. Referring to the plight of Iranian women, a well-known Iranian poetess, Parvin I’tisámí, says: 'Women lived and died in the gloomy corners of misery. What were they in those days if not prisoners?’

Written history, especially in Middle Eastern countries of the 19th century, dealt almost exclusively with men's concerns and events associated with them. Men were major participants in what they termed historical events. They formulated rules for evaluating what constituted important roles and measured contributions made by individuals to historical events by standards arbitrarily set. The system was based on convention with deep roots many centuries old. It was designed by men and operated by them with no room for the work performed by women. Women were generally invisible and had no voice.

According to One Common Faith, ‘...moral justification was unquestionably supplied by people's understanding of the intent of the scriptures themselves. With few exceptions, these texts address themselves to men, assigning to women a supportive and subordinate role in the life or both religion and society.

Those who did anything ‘worthwhile' were hardly noticed because they worked silently and often behind the scenes. Women had been raised to be unconcerned about their place in history and men saw no reason to acknowledge what women did. The more invisible women became, the more brilliant the work of the men appeared. Women constituted the bulk of the blessed 'nameless and traceless' on earth. The plight of women reached its nadir in the mid-19th century with the advent of the Báb and Bahá'u'lláh.

Emboldened by the teachings of the Báb, a heroic soul known as Táhirih Qurratu'l-'Ayn, unable to bear the injustices meted out to womankind, raised her voice in protest, challenged the status quo and set out to pull down barriers constructed between women and the heights they could scale. She knew intuitively that 'clinging to primitive norms in the present day would defeat the very purpose of religion's patient cultivation of moral sense'. She refused to honour restrictions imposed on women and fulfilled her preordained measure by focusing on the development of her talents and demanding her God-given rights. She achieved historical notoriety by showing utter disregard for tradition. By going against the norm, she forced historians to go against convention, to find out as much information about her as they could and to publish without hesitation. Only when she rose above the restrictions and limitations imposed on her did her name become public knowledge and were the particulars of her life disclosed.

Another woman in the early history of the Faith about whose activities and sacrifices we have much information is Zaynab, the 14 year old in Zanján who also defied convention and entered the arena of activity reserved for men.

Thus women have been historically noteworthy when they have shown boldness, courage, audacity, fearlessness, keen intuition and, above all, an indomitable spirit. The way in which Táhirih and Zaynab have been portrayed in the literature has, however, unfortunately been interpreted by many to imply that there were no other women in the early stages of the history of the Báb-Bahá’í Faith whose struggles in the field of service merited historical mention. The women who worked assiduously and quietly for the promotion of the Faith in the first few decades of its history - and there were countless of them - were either ignored or relegated to a passing reference. The women of the twin Holy Families were no exception, especially those who remained faithful to the Covenant. In fact, they suffered more stringent limitations than women in general. Although they shared with acquiescence the sufferings of the Manifestation of God to whom they were closely related and served Him and His Cause with devotion and sacrificial deeds, unlike their male counterparts they had no identity of their own. No one in the outer circle knew them or was aware of the value of the work they performed. They lived in traditional societies and tradition expected them to be obscure. Their close relationship to the Manifestation of God required them to be even more obscure. It was considered disrespectful to Him, people thought, to probe into the lives of His female relatives, to find out who they were, how they lived their lives, what aspirations they had, how they responded to the new Revelation, how they served the newly revealed Cause, how lifelong persecution affected them and so forth. As a result, basic and crucial information about them has been lost to posterity.

The early historians, when compelled to acknowledge a woman's involvement in a historical event, instead of mentioning her name and particulars, stated the name of a man closely related to her and specified the nature of her relationship to him. This kind of quasi-identification, while keeping the identity of the women undisclosed, provided historians with a way to mention a woman without explaining who she was. When a woman was introduced as the wife of a certain man, it did very little to identify her, for men in Iran and other Middle Eastern countries in those days had more than one wife. Introducing a woman as the sister or daughter of a man was likewise ambiguous, for almost invariably he would have more than one sister or daughter. The only relationship that was not open to speculation was that of a child to his or her mother and that was almost never used, although a good precedent for it existed in religious history: Christ is known as Jesus, son of Mary. (Baharieh Rouhani Ma’ani, from the Introduction to ‘Leaves of the Twin Divine Trees’, by Baharieh Rouhani Ma’ani )