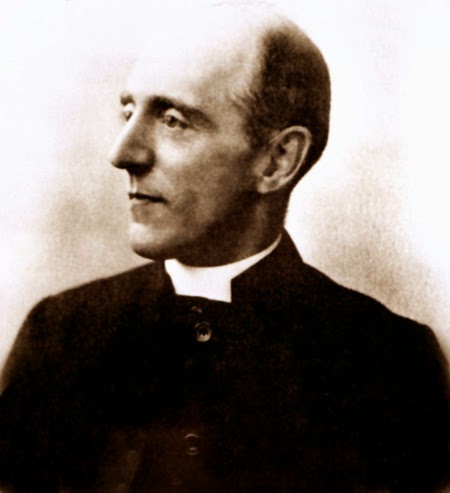 Unnoticed by the great world, unfeared  as yet by the forces of Evil that now hold revel on the earth, the cause of Baha'u'llah  — of God in His Glory made manifest among men — confident, resplendent and irresistible, lifts its young strength amid the wrecks and ruins of an outworn and dissolving civilization.

Neither today nor at any period throughout the past has God left His people bereft of comfort or deprived of guidance. Age after age without intermission He has sent His Messengers to renew the glad tidings of the nearness and the love of God and to give to the people the help and the counsel of which they stood in need. The gates of His mercy have never been closed, and His grace has been poured down upon mankind continuously.

But the present age stands alone in the richness and in the splendor of the gifts that have been bestowed upon it. The sum of all the bounties of the past will not equal in glory the bounty which is lavished upon this dawning Dispensation. Never before has the Word of God sounded so full and clear. Never before has Revelation been so copious, or so comprehensive. Never before have all the predictions of the Scriptures concerning God's greatest advent been fulfilled in their completeness. Never has the power of the Most High been asserted with such prevailing force. And though all the High Prophets since the world began have promised that one day God's will would reign victorious over a regenerated and beatified earth, no Messenger before Baha'u'llah ever proclaimed that God's victory had been won or that the Golden Age had dawned.

In spite of the gathering darkness of our times, this Age is steeped in heavenly light. Though society is disintegrating, yet stability and order are fixed and rooted in our midst. Though turmoil and despair grip men's minds, yet the greatest happiness the human heart can know is brought within the reach of all.

Indeed this distress of nations with perplexity, this failing of men's hearts for fear and for looking on the things that are coming on the earth, is but a repetition of what has happened so often in the history of the world's religions — a sign that mankind in its onward march has missed a turn in the road, has in a crisis refused to hear the Word of God and to heed His new command, and is now, unlighted and unguided, plunging forward down a trackless steep.

They know not that a new Messenger has descended to the earth; that a new Decree from the Most High has been issued; that a fuller revelation has been vouchsafed; that a new economy takes shape among the nations; that God has burned up the past and that from its ashes arises the fabric of a new civilization based on the knowledge of the unity of mankind. They have not turned to that one Center from which alone the light of heaven is poured forth, nor given ear to that teaching which unravels the difficulties of the hour. Would they but do so, how soon might the face of the world be changed! How soon might sorrow and sighing and tears flee away and a new splendor shine in heaven and a new life waken on earth. For them who in this Day of Judgment have recognized the Manifestation of God and have acknowledged the divine Prophet-hood of Baha'u'llah, to them it is given to know the mystery of the present world-tribulation, to see the path of deliverance, and to hear the voice of the angelic Guide calling His people to safety.

Here in the Covenant of Baha'u'llah is the answer to all the needs of a travailing world — the needs men know too well and the deeper need they scarcely recognize. Here men give up darkness for light, exchange perplexity for understanding, fear for hope, doubt for radiant confidence. Here all the nobler ideals of our time, enriched and amplified yet further by the aid of heaven are woven into an harmonious and practicable scheme. Here is set forth a definite, positive and authoritative program that fits the present yet does not disown the past. Here is the healing of our social sores, the solution of our economic problems, the quickening of a universal religion. Here is a peaceful and progressive system of reform that discovers to all nations a basis of agreement  and constructs thereon a stable and indestructible world order.

Here is unfolded a Truth that appeals to reason as to faith, that directs the statesman, encourages the humanitarian, enlightens the scientist, inspires the philosopher. Here is a Beauty that wins, a Love that charms, a Power that none may resist.

Fresh as the springtime, vigorous as the rising sun, the Baha'i Cause has not appeared in a world unwarned and unexpectant of its approach. If it looks towards the future, if it initiates a new civilization higher than any yet known upon this earth, it is rooted solidly in the past. It has had its heralds and its prophets. Its line of ancestry is as long as it is authentic and illustrious. Its coming is foreshadowed in the earliest traditions of the race, and the preparation for its advent is the theme that gives to universal history its direction and its continuity. It fulfills the promises made through centuries and milleniums by the great Seers of all lands. The reign of world peace, the organized unification of mankind which under God it has the power to inaugurate, have been the subject of inspired prophecy since time began. The antiquity of the Cause stretches back beyond that of any institution now extant. Its roll of heroes and martyrs, of those who toiled and fought and died in its service, out-dates  the beginnings of all historic dynasties and the records and the legends of any living nation. The glorious succession of its champions and its servants is not merely a matter of some material or formal sequence, does not depend on rite or ceremony nor on the will of man. It is more intimate, more precious and profounder far. It is the succession of those who in all times and lands have loved God's Name and have been called and chosen by Him to do His work.

The spirit that animates the Cause today is the spirit that has animated the birth of every Dispensation. Here is garnered up the fine essence of all the teachings of the world's religions. Here reverence is given to all the High Prophets of past times, whatever their race or nation, from Muhammad back to Noah and beyond: all are acclaimed alike as Fellow-Messengers of the One Self-revealing God, cooperating all from first to last in the development of a single plan of world-redemption.

The Baha'i Cause is the true heir of the ages and holds in trust their spiritual wealth. But it is not the product of the past. That which it possesses is not the accumulated knowledge of many generations, nor is it merely the sum of mankind's bygone achievements and dearly bought experience. It is not born of human greatness. It is not the creation of a line of geniuses, nor of a company of saints and seers. It owes its being to God. God is its origin. God is its lawgiver. God is its guide. God is its stay. It has no leader but God. Once again the Day sprung from on High has visited mankind and a new Era has broken. God again has shown Himself to His children. A Divine Messenger has taken birth among men and has gathered in to His strong hands the reins of civilization and of progress. Through a period of mortification, bitter but brief, we pass swiftly to the blessings foretold so long. "Fear not: it is your Father's good pleasure to give you the Kingdom."

Now is the Day of Destiny. This century is the climacteric of the history of the human race.

Round this Divine Messenger the Baha'i Cause is centered. It bears His Name — the Sacred Name by which He declared His mission:  "the Glory of God," Baha'u'llah. It exists to serve Him, to proclaim His Deity, to establish His Kingdom among all nations. The friends of the Cause are bound together by a common devotion, a common law, a common obedience. Here is no close fraternity, no secret brotherhood. Membership is not sealed by any ceremony, nor is admission marked by any form. The Cause is surrounded by the protection of God and all its gates are open day and night.

He who enters here does not leave behind his traditions nor deny the faith in which he was reared. Be he Jew, Christian, Zoroastrian, Buddhist, or the follower of any other High Prophet, here he finds whatever was worthy in his own belief fulfilled and developed. No regard is paid to prestige of race or of color. Members of all religions, inhabitants of all the countries and all the islands of the seas meet here upon a common level as Friends of the Cause of God.

For them this Day of Judgment has no terrors; for they have seen God manifest in His glory. The anguish of this present time breeds in them no doubt nor misgiving. Bound by a common obedience, animated by a common purpose, they share the high privilege and responsibility of proclaiming the new advent of the Most High and testifying to that Covenant which is now the hope and the salvation of mankind.

Through what vicissitudes has the cause of Baha'u'llah already past! What enthusiasm, daring, fortitude, devotion has it invoked in its votaries! What fierce and bloody persecutions has it endured! What storms, what battles await it still before its standard waves unchallenged over the wide earth! Already the Sacred Shrine where in the Holy Land the body of Baha'u'llah lies buried, and the sister shrines of his Forerunner and his successor, the Báb and ‘Abdu'l-Baha are the goal of pilgrims from many lands. Already the fabric of the Universal Temple he commanded to be built (unequalled in beauty, unparalleled in design) rises in the heart of the American continent to be a symbol and a proof of the consummation of all that has been most fair in the achievements and promises of the past. Already amidst the disruption of an obsolescent economy the system of law and order which he set forth is taking shape in the world. Through the betterment of means of locomotion and communication, which men idly imagine they have made through their own greatness, God has advanced the physical unification of the nations, and by His indefeasible might He moulds the reluctant hearts and wills of men to those ideals of thought and action which Baha'u'llah revealed and on which are to be based that earthwide peace and felicity which shall mark the fulfillment of God's ancient purpose for mankind.
(George Townshend, ‘The Baha’i World 1932-1934)