1932: Visiting the resting place of Mulla Husayn at Fort Tabarsi – by Keith Ransom-Kehler 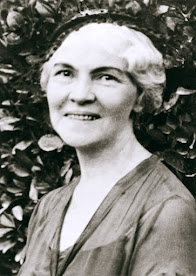 In my last letter we had been heartily welcomed by the Friends of Kafsha Kula, when I had to stop writing.

It was the end of a strenuous day, for before leaving Sari we had packed; gone to be photographed in the beautiful garden given by Abdul Molaki for the new Haziratu'l- Quds, been driven three times into the ditch by an inexperienced driver taking me over the new road built for my coming; met and addressed the Ahbab [Baha’i friends] of Mafruzac; commemorated the martyrdom of Mulla Ali Jan; said poignant goodbyes, which is always a stirring emotional experience; greeted, in passing, the Friends of Shahid, and then participated in the welcoming ceremonies of Kafsha Kula.

The challenge to science today is to unlock the energies resident in the atom and release them for human utility. If some inspired person could find a method of utilizing the flea power of Persia, the land would become, over-night, the greatest producer in the world. But even the fleas, which made riot with our unaccustomed flavor, were unable to detract from the joy of this memorable meeting.

To our intense relief the rains were holding off although it was November; but when we arose to find a grey morning we were urged to make an early start for Shaykh Tabarsi, lest bad weather detain us.

It is three miles across a wide river ford and through barren rice-paddies (the crop had been long harvested) from Kafsha Kula to the site of the Fort so heroically defended against an entire imperial army by three hundred and thirteen men -- not seasoned soldiers, not the grizzled veterans of many campaigns, like their opponents, but youthful students unaccustomed to arms and accoutrements, and long trained in the cloistered life of metaphysical argument and disquisition.

In the record of humanity we find no parallel to their accomplishment. Alexander's army of thirty thousand defeated the Persian forces of six hundred thousand fighting one to twenty; but they were a military organization, reared to "stratagems and sports." Quddus, Mulla Husayn and their followers, without previous training, without adequate supplies, with nothing but a flaming faith and an unquenchable devotion to their Lord, the Báb, repulsed not once, but again and again, one to a thousand, the forces arrayed against them.

Effie Baker, that intrepid and devoted servant of Shoghi Effendi, (whose exploits and experiences in photographing our historic Baha'i sites in Persia to illustrate "The Dawn-Breakers" deserves the high appreciation and gratitude of the Baha'i world), had come, in the course of her far-flung activities, to photograph this sacred place. My visit was of a very different nature.

I was the first Western Baha'i who came, not to carry out an important commission such as hers, but to express, however feebly, that intense love and admiration that the followers of Baha'u'llah everywhere feel for these glorious saints and heroes.

It was Friday the tenth of November that the "little town was emptied of its folk this pious morn" to visit the Shrine, and a large cavalcade, including Baha'is from many places in Mazindaran, from several parts of Persia, together with the Spiritual Assembly of Sari, set out across the uncharted fields for this memorable journey to Shaykh Tabarsi.

In the darkest days of our oppression and persecution in Persia, when the word Baha'i was barely whispered, Baha'u’llah promised that one day Baha'is from the West would freely and openly consort with their brethren in this sore-tried land. The miraculous fulfillment of this early promise was the thought uppermost in the mind of every Persian, today.

Some of the descendants of Mulla Ali Jan had arrived from Mafruzac, and since they had the gentlest horse in the community it was chosen for me. It is quite thirty years since my equestrian exploits, and being still very feeble from my recent prolonged illness, they mounted me on a great packsaddle astride, with the owner leading his docile mare and Alai, a large and very strong man, literally balancing me by the hand, over rough land and winding roads for six long miles. Let anyone who considers this a mere polite gesture try it soon.

"Such a sight has never been seen in Mazindaran before," exclaimed Dr. Nadari. Sari, turning with a kind of awe to watch this new army of peace advancing in the footsteps of those aforetime destined by the forfeiture of their lives to challenge the world to the contemplation of peace, gazed in wonder.

Our horses gallantly swam the river, bare-legged Baha'is guiding them safely to the steep bank opposite. It was in this very spot that the Mulla Husayn implored those who were unprepared for the unprecedented difficulties that lay before them to turn back. Those who finally crossed with him remained to the end.

Sometimes we swarmed afoot and ahorse over a big bare paddy, sometimes we went single file over a narrow bridge, but the sound of prayer and chanting never abated and at every turn we called upon the Greatest Name. "Allah'u'-Abha! Allah'u'-Abha," cried the granddaughter of Mulla Ali Jan again and again as we wound along the narrow irrigation paths. "That must be our only thought today, our only utterance," she said.

In due time we reached the village of Arfa, headquarters of the Imperial army besieging the Fort, and at a short distance we dismounted before the Shrine, left, because it is a Muslim tomb, when everything else connected with the Fort was demolished.

At my request, after we had recalled the magnificent history of the spot, the entire party went into the inner room where the world's greatest hero, the Mulla Husayn lies buried by the side of the old Islamic teacher, Shaykh Tabarsi. There they chanted the Tablet of Visitation revealed for him by the Báb.

Their devotions finished I was permitted to enter the Shrine alone. Who can estimate the meaning of a moment or who recount the miracle of a thought? Into the untrained mind of Brother Lawrence flashed the idea that spring would soon adorn the barren boughs at which he glanced, with verdure, and over him flooded the realization of the Presence of God in which he lived out his life with joy and assurance. No more elevating an incident than the light on a brass kettle reflected into the soul of Jacob Boehme his ecstatic reunion with his Lord. "Dante looked at Beatrice once and ten silent centuries sang."

My visit to that humble and neglected spot has pierced life with a purpose that it did not have before. To visit our sacred Shrines in Palestine is indeed a shaking experience, for these Eternal Beings wring the soul with the appalling testimony of the cumulative horrors that man has ever heaped upon God's Messengers. But after all these occupy a rank and station apart from human kind. What They endured They endured with a superhuman equipment.

Mulla Husayn was human like unto us and with every limitation of humanity attained to the station of divinity; in his ecstatic devotion, his unswerving fidelity, his utter self-immolation it would be hard to find his peer likeness.

My heart nearly broke as in an abandonment of misery and repentance for all my negligence, unworthiness and arrogance, I fell prostrate upon this hallowed earth and besought God to teach me, at whatever cost, that sublime lesson of humility that had elevated this great devotee to a position of incalculable glory; to kindle within my breast, with the fuel of my very being, if necessary, this light of abandonment in His service that causes every personal wish to cast the shadow of death; to quicken in my soul that life eternal which alone can revitalize this earth into the promised Kingdom of God.

I see no humility, no fire, no life in myself since the utterance of this impassioned prayer. I still go my ways in arrogance, opinionation, and subverted purposes of achievement. But in an unused portion of my being, like a treasure hidden in a field, lies something tremulous and unforgettable, something with a wistful fragrance and tenderness, something that lures and stills me, something strangely startling and tranquilizing -- the recollection of how the Mulla Husayn stood with folded arms upon the threshold, like a servant to the man who had been twice preferred before him, and rose from the dead, as it were, that no attention or respect might ever be lacking to that one whom he might so easily have regarded as a usurper of his position; of how, though numbers wished to acclaim him, he remained indifferent to their adulation; of how, in every instance, before and after the Declaration of his Lord, his eye never deviated from that Figure of Divine Perfection upon which his life was stayed.

No one could kneel upon the Shrine of the Mulla Husayn and arise the same person. The world is still resounding with his challenge: raised first, by his glorious namesake, the Imam Husayn: "Is there any who will assist me?"; the earth is still reverberating with the tread of his dauntless feet; leading now the armies of the Supreme Concourse he is still searching for recruits. And as I knelt there something buoyant and eager in me seemed to answer "Here" to his muster-call while ringing down a forgotten vista in my heart. I heard the marching order "Mount your steeds, Oh heroes of God!"

Those who stayed behind were gathered in the square before the Haziratu'l-Quds when men and horses bad once more safely crossed the river and we returned. The samovars were boiling; tea was passed.

"This day will never be forgotten." said Abdul Molaki of the Sáiri Assembly. "Babes carried in their mothers arms today will be tutored to recount this story to an unborn generation."

"This is what that celestial army died for." I said; "the unity of East and West, of men and women, of rich and poor, of young and old, of black, white, yellow and brown. Implore God that in that future when these children recount the story of our pilgrimage, if as you suggest it be brought to memory, my glaring faults, my childish frailties will have been effaced by time. We give no heed to Peter's violent temper, to the cold and narrow nature of James, to the complaints of Martha; for they are walking in a light that irradiates this gloom. And when my last toll is taken and my earthly pilgrimage complete may the infinite compassion of God- should I ever be recalled - decree that if my faults must live some remembrance of my great devotion to His Holy Cause, of my intense desire to serve the Guardian, may also live beside them."

Before luncheon was finished a great stir and commotion announced the arrival of my convoy from Babul (Barfarush); sixteen automobiles conveying the Spiritual Assembly and a large group of Baha'is. Together with the cars from Sari (for the Spiritual Assembly still continued beside me) we had a procession of nineteen automobiles - a nine day's wonder in Persia, where even the King is not so escorted. The streets were filled with gaping crowds as we passed; the square surged with an inquiring host when we arrived. And thus ends one chapter and begins another, - my divine adventure in Babul and the adjoining villages.

I'd be ashamed to tell you how late it is - or how early, as the case may be. Reading this over I am still more ashamed of its egotistical tone; but the pilgrimage to Shaykh Tabarsi is a purely subjective experience.