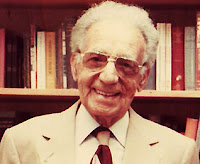 “Take heed, O people, lest ye be of them that give good counsel to others but forget to follow it themselves.” (Baha’u’llah, ‘Gleanings from the Writings of Baha’u’llah’)

It is only natural that, as parents, you should take a deep interest in the training and education of your children. You cherish the hope that they will grow up free from defilement, good-tempered, well-behaved, and deserving to take their place in society as civilized and progressive-minded human beings.

It is certain, for instance, that you prefer your children not to tell lies, not to backbite, and not to wrongly accuse others of misdeeds. You hope they will be honest and trustworthy, and will not sully their tongues with offensive and unpleasant talk. You expect them to show respect towards their parents, and, in short, to observe fully those moral principles which are conducive to the advancement of the human race, and to its distinction and happiness. If such be the case, then it is important to understand a delicate matter: this wish can only be realized when it is translated from thoughts into actions. In other words, you yourself must possess the very characteristics and perfections that you want your children to acquire, for in the view of the world's renowned scholars, the sayings and actions of parents exert a tremendous influence on their children. Experts are all united in the opinion that it is the parents who establish the morals and manners of their children, with the characteristics and virtues of the mother exerting a greater influence. Whatever the parents may do and whatever they may say (be it good or ill), will become a pattern for the child's conduct.

Many child psychologists believe that most of children's actions come about through imitation. This condition in children is so intense that we can compare the innermost self of a child to a mirror in which are reflected the actions and words of the father, mother, and others who come in contact with him.


From this, it can be readily understood that every action which the parents may carry out, and every word they may utter, will register a definite effect on the course of the child's training and education. For instance, if parents sincerely want their loved one to be truthful, not to backbite, not to neglect his prayers or other religious observances, not to defile his tongue with hideous expressions - if this represents the parents' earnest wish, then they themselves, in the home environment and in the presence of the child, must refrain from lying and malicious gossip, must recite prayers and obey daily the exhortations ordained by God, so that the child may follow their example, and be raised in an environment of spirituality, piety, and devotion. For instance, however often you tell your child that lying is bad, that the liar degrades himself before others, and, as a famous Persian poet has said,

A lie makes a man undignified,
A lie brings him disgrace;

as soon as you utter a lie in front of a child, and as soon as he grasps the falsity of your words, all those counsels and advice will be forgotten, and like a morning mist that is dispelled by the first rays of sunlight, their effect will be immediately wiped from the child's inner being. And if your child becomes a partner in carrying out your lies, naturally your verbal counsels (which in any case rank as a weak educational tool) will be effaced much more quickly.

Picture, for example, a father dutifully advising his child never to tell lies. At this point, someone drops in to see the father, but he sends the child to tell the caller that he is not at home. Consider: Will those counsels have the slightest moral effect on that child? Will they sow the seeds of trustworthiness in his heart, soul, and conscience?

Whatever parents say to their children, and whatever they guide them to do, they themselves should mirror forth those same moral guidelines in their daily lives. Otherwise, their verbal counsels, unaccompanied by action, will produce no result whatever except to waste time.

Many parents mistakenly think that their young children 'will never understand these things'. On the contrary, in addition to the sense of imitation, the sense of curiosity is so strong in children that invariably they wish to know about everything: they cling to every word, and are thorough in every matter, according to their capacity and understanding. Nothing remains hidden from the microscopic sight of such a sensitive, active, thorough, and curious creature, (of course, according to his talent and level of comprehension) who is far from lacking in ability and intelligence. The point is that he looks at those around him through his own eyes, and interprets and judges what he sees and hears according to his own understanding and perception.

Consider for a moment how water, from the instant it is placed on the fire begins gathering heat, and continues warming up until it reaches boiling point; that is, for a certain period of time it warms up, but finally it boils. The same analogy applies to children, as from childhood whatever they see or hear is collected and stored until, at the appointed time, it is made manifest.

Fathers and mothers should be consciously aware that their children are carefully watching their every act and deed, and comprehending everything according to their own level of understanding and intelligence, even though they do not often explicitly express their feelings, thoughts, and opinions.

It often happens that the parents - believing their child to be sound asleep, and seeing themselves unhampered - talk about things that they would not discuss in the presence of the child. The parents are certain that they are acting wisely, and that statements which could have a negative effect on the child are not being uttered in his presence. But in the morning, when the child relates that same conversation to her, the mother discovers that he was pretending to sleep, overheard every word and recorded it all in his pure heart. He went to sleep pondering those very words, having absorbed the entire incident in his soul. The parents should always be alert and maintain constant vigilance over their words and actions; nor may this precaution be relaxed when the children are supposed to be asleep. They should not consider children to be bereft of understanding, for whatever action the parents may undertake, and whatever words they may utter, the children will take them as their example. If these words and actions are reasonable and correct, the results will be beneficial; if they are unreasonable and incorrect, the effects are bound to be detrimental.

“The individual must be educated to such a high degree that he ... would think it easier to be slashed with a sword or pierced with a spear than to utter calumny or be carried away by wrath.” (‘Abdu’l-Baha, ‘Selections from the Writings of ‘Abdu’l-Baha’)

People who are quick to anger and who are easily provoked usually do not exercise restraint over what they think and say, and cannot, because of their nervous state, make use of this counsel of Sa'di [a famous Persian poet]:

Reflect before speaking your thoughts,
foundations precede building the walls,
whosoever ponders not his words,
his reply is often unsuitably expressed.

As a result, strong words are often uttered during a spell of rage or anger - words which would not be said under normal conditions. When the state of inner turmoil subsides, and the people afflicted are once again calm and collected, they deeply regret what they have done, but, of course, 'it's always too late to change the past.'

Such situations are regrettable from the viewpoint of training and education, as they have lamentable effects on children. How often has it happened that a few improper words falling from the lips of a father or mother have altered the course of a child's life and led him into utter loss.

Picture a situation in which hard feelings have erupted between a father and mother, and their love and affection for each other have been replaced by estrangement. The wife has, for various reasons, been offended by her husband, and as a result, anger builds up in her heart. Eventually her pent-up feelings explode, and she verbally assails her husband and slanders his behaviour. By this time, the children have gathered around, and are listening to everything. And the mother, out of anger, gives vent to thoughts which she does not even regard as being true, and which she would never say in normal circumstances.

She may for example, say: 'Look at the wretch I have for a husband - so well-off and healthy, and I am made to feel so miserable and unhappy all the time. If there were really a God who punished people for their crimes, then my husband wouldn't be as you see him today, and I wouldn't be in such a miserable state with no one to help me, or even to ask me how I am.'

If, in the midst of all this, a sympathetic friend tells her that the truth is otherwise, and that she is saying things she does not mean, because of her feelings of anger, the lady, in the same anguished manner, with tears running down her cheeks, vehemently replies: 'Who can believe in God and in an afterlife? These are only words! If there were a God he would punish my husband and take him off my hands.' The children, who are standing nearby, are both disturbed and saddened by this state of affairs. But they are strongly influenced by the mother's words, and think to themselves that what she has said must, in fact, be true. It is evident that the seeds of irreligiousness and carelessness are, in this way, planted in the soil of the children's hearts, and these will grow and yield fruits too bitter to imagine or describe.

When the mother overcomes her angry feelings and calms her nerves, she attempts to make her children understand that the truth of the matter is contrary to what she said before. But this attempt will prove futile, for her words have already produced a reaction, and the lethal poison has begun to take effect. Parents should at least try to control their anger in front of children so as not to say things that may prove harmful to them. It does no good to say, 'When we get angry, we have no control over what we do or say.' The presence of children should serve as a reminder to the mother and father that they are not at liberty to act as they please. Just as a person attempts to control his emotions in front of other people, so should he control his anger in the presence of children.
- A. Furutan,  (‘Mothers, Fathers, and Children, Practical Advice to Parents’)