The Valley of Love -- by Juliet Thompson 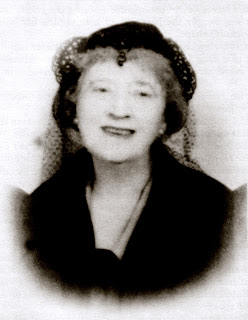 The “Seven Valleys” of Baha’u’llah is a letter written by Him to an eminent Sufi, in which the Poet of poets, the supreme Revelator of this day, chooses a theme used in the Islamic middle ages by the Sufi poet, Attar: the seven stages through which the soul must pass in its migration from self to God.

"Not until the whole nature is consumed to the roots," wrote Attar, "can the heart become a casket of rubies to pay the price." Baha’u’llah, in His Seven Valleys, leads us as far as the Valley of Annihilation, in which the fire of love, consuming at last "the whole nature," unites the soul to the Divine Beloved. Then He tells us that even so pure a state as this is "but the first gate to the city of the heart."

The Valley of Love is the second stage in this spiritual journey.

The Sufis' interpretation of the Islamic Religion is, in a sense, Pantheistic, for to them the Essence the Deity Itself permeates all created things and the whole creation is in the process of becoming God. According to the Teachings of Baha’u’llah, the Essence of the Creator is like the sun, which, as 'Abdu'l-Baha explains "does not divide itself into luminous particles" and enter planetary life, but emanates life-giving rays. Thus the soul's relation to its Creator is one of emanation. Our only means of comprehending the Divine Essence is through the great Messenger of God, who are as flaless mirrors reflecting to us His holy Attributes.

Throughout the "Seven Valleys," a delicate ear will hear the call of Baha’u’llah to the Sufis to recognize the Messenger of today.

The traveler in the Valley of Search, when he has "found a trace of the Traceless Friend and inhaled the fragrance of the lost Joseph from the Divine Herald," immediately plunges into the Valley of Love and "is consumed by the fire of love."

He has found the Messenger, has seen for the first time, powerfully reflected, the unclouded Beauty of God. And he has become like a new-born babe in a strange and glorious world.


A Baha'i, writing from Akka after her first meeting with 'Abdu'l-Baha (that pure and gleaming Mirror who reflected into this world the glory of Baha'u'llah) said, "The past is obliterated. I am filled with love for the face of my Lord. This is realty – all else a dream."

If you will pause and consider what it means to see, in the mirror of a peerless Being who speaks to us with human lips and looks upon us through human eyes, the perfections of God, the might of His love, the depths of His knowledge, the transcendency of holy attributes, you will understand that the first glimpse of such a revelation of spiritual splendor must plunge the soul into a new condition. A bewildered and confused condition. For such is the state of "the traveler" in the Valley of Love. He is "alien in both worlds."

Once I saw a picture by a great artist, Kahlil Gibran, called ''The Beholder." A man is standing on a mountain-peak, bowed before a blaze of glory bursting through clouds, amazement in every line of his lonely figure. This to me is a representation of the traveler in the Valley of Love. He stands on the threshold of a new world. He has caught but the first glimpse of the light bursting through clouds. But this glimpse is enough to make earth shrink for him. His former life, his "little life," seems to have been a state of death, a condition narrow as the babe's life in the matrix --a twilight compared with the blaze into which he now looks. All that pertains to this "little life" is nullified by the great new vision, and, with the transformation of his values, the dis integration of his old safeties, his old attachments, begins.

The traveler has seen in the mighty Messenger the symbol of the Cross, of the seed sacrificed in the earth that the Tree of Life might be planted in this world, freeing the world of its miseries through its fruits of Divine Love and Faith. The spirit of the disciple wakes in this seeker. He too would sacrifice his life for so transcendent an object. Egoistic ambitions can no longer retain any foothold in him A pure ambition has replaced these. Human love seems no more than a step on the way, as he contemplates the heart's true goal, the image of the Divine Beloved in the perfection of the Messenger. As yet the traveler has not advanced to that Valley where all loves branch from one Love, all work is exalted into worship. Stunned by his vision of light, he cannot adjust to human life the new, overwhelming experience."The harvest of reason is consumed." The logical conclusions of his finite mind, concerned with the circumstances of a limited experience, are useless in this Kingdom of Faith, into which he has gazed from its threshold.

The traveler is now disqualified for the world in which his body lives. In his state of ecstasy he is unintelligible to others, even those once nearest to him. His new language is as a foreign tongue to them. He has forgotten theirs. His aims are transposed to another dimension than the world in which they function. Their goal is not consciously his goal. He becomes a helpless stranger in their midst, and while he yearns to carry them with him on his wondrous voyage of discovery, by his very actions, his futile zeal, he is ever defeating his own purpose, driving his dear ones farther and farther from him and from the Truth he worships.

No wonder that in this Valley the traveler "rides the steed of pain." F or though, as Baha’u’llah sublimely says, "he seeks no asylum save the Friend” and "would joyfully offer a hundred lives in the way of the Beloved," nevertheless the tentacles of the heart are slow to disentangle themselves from the dear objects of attachment, or from the subtler attachments to the hidden self, and as yet the traveler has not reached that valley where he "sees the end from the beginning," “peace in war," "life in death," "reconciliation in estrangement." Still, though he must inevitably suffer in this process of detachment, which will in the end enable him to love with the freedom of the divine love, in his state of ecstasy he courts pain. As Attar writes, "Let the infidel have error and the faithful Faith, Attar seeks only an atom of Thy pain." Dimly aware of its import in the "Way of Love," his being is focused on pain.

A visitor in the Prison of Akka, called to the presence of 'Abdu'l-Baha, "the Servant of the Glory," saw in that presence the unattainable beauty and perfection. An agony of desire was wakened in her to bring to His feet gifts, an agony of realization that she had nothing to bring, nor would ever have a worthy gift for the majesty of this Servant unless His holy Spirit first bestowed it upon her. So, when He said to her, "What would you ask of me? Speak!" she answered, "I want to suffer." For instinctively she knew that "not till the whole nature is consumed to the roots can the heart become a casket of rubies to pay the price."

"You have given your heart, my daughter," 'Abdu'l-Baha replied.

"This heart is not fit to give. I want to give everything it loves."

Thus, the "lover," who "loses consciousness of himself and all else," is willing - nay eager - to immolate others, as well as his own life, on his altar of sacrifice -- to build a great funeral pyre for himself and his beloved alike!

Though such a condition of mind and heart renders the seeker more or less useless to man or God, nevertheless this violent wrench seems to be a step which must be taken in the migration from self to the Creator, from the kingdom of the unlit reason to the Kingdom of Faith, or Illumination. We are taught by 'Abdu'l-Baha that powerful though the rational faculty is, "not till it turns to the Kingdom of lights will it become reflective of rays;" and not until the heart is filled with love for the Divine Beloved (that passion and ecstasy of love awakened by His revealed Attributes) can it be a radiating center for the universal love. For this is Deific in nature and must be born of the Deific. When this love enters the heart of man, 'Abdu'l-Baha tells us, all the powers of the universe will be realized in him. But the heart must be "cleansed and purified" for the reception of such a Guest. And as lesser things can only be shed, or renounced, by filling their place with that which is greater, so nothing but love for the Supreme Beloved can empty the heart for His possession of it.

"The whole problem," writes Baha’u’llah, "is a circle around the Beloved'' -- He who is made accessible and irresistible to us by the reflection of His beauties in the Holy Messenger.

Although, to the bystander, a seeker in such a wilderness as the Valley of Love is at best a wearisome fanatic, unpredictible in his actions, unbalanced and inarticulate, Baha’u’llah, in His all-comprehending wisdom, sees with another eye. While He quotes, "Love is a stranger to the two worlds; in him are two and seventy insanities," He also writes, "O my brother, would you attain the Joseph of the Beauty of the Friend, you must needs enter the Egypt of Love; and would you open the inner eye, like Jacob you must sacrifice your outward eyes; and would you commune with the Friend of Ecstasy, you must needs burn with the fire of Love. . . . Wherefore, O friend, renounce the self in order to find the peerless One; and eschew the mortal earth in order to repose in the divine nest. Wouldst thou kindle the fire of existence and be admitted to the Way of Love be nothing. "'Love does not admit those conscious of life; The royal Falcon disdains hunting the lifeless mouse.'"

As in the Valley of Search He paints for us a great picture, a canvas of the whole world wherein "all beings" are seeking God, even such as "sift the dust" to find Him, so in the Valley of Love Baha’u’llah paints the universal suffering, caused as by a cup of poison in the hand of God. "Love's wrath is the source of all that is tinged with red." All pallor upon the faces is the effect of God's poison. "To the lover's taste this poison is sweeter than honey." But every creature is favored with the poisoned cup that the conscious seeker in him may wake and start upon the journey of the valleys, finding the Valley of Love, then groping his way through its jungle into the tranquil Valley of Divine Knowledge -- traveling on and on, till at last he reaches the gate of the city of the heart. (World Order, August 1939)