The Passing of ‘Abdu’l-Baha – from a letter by Emogene Hoagg to Nellie French dated January 2, 1922 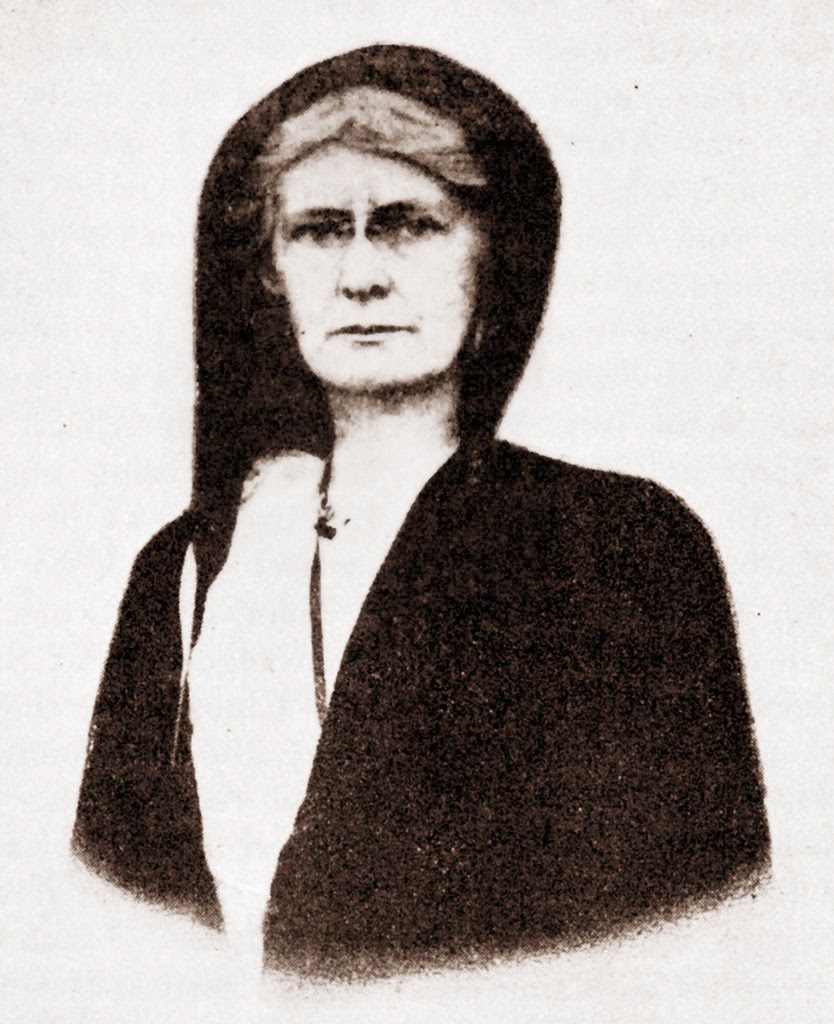 [Emogene Hoagg was an early believer who made her way from Italy to Haifa soon after she received a cable announcement of the ascension of ‘Abdu’l-Baha. For a very brief account of her life please visit We are Baha’is]

Your letter of December 14th has just reached me here in this blessed spot. Needless to say why I am here, for you will have realized that no other thought could have possessed me after getting the cable of the ascension of our beloved Master.

As you said you felt, I also felt. The world seemed to have lost its axis, and I seemed to be living without a support. I had planned to go to Genoa, but had no heart nor strength to continue the work at that time. I left Torino, from where I wrote you, returned to Milano and took the first steamer from Trieste which was on December 16th. The trip was a calm one and I arrived here on the 21st.

You may imagine the grief of the Holy Family. All was so sudden, so unexpected, that the shock to them as well as to all the friends was extreme. For the first week after getting here I had no head to use for anything, but since then have been very busy helping in the translation of some important Tablets. This has left no time for letter writing, which accounts for your not hearing from me before, as well as other friends whom I am sure are anxious for details. There is so much to tell it would take days to write it all, but later a full account is to be sent to all. Lady Bloomfield is here and is now compiling an accurate account of the few days prior to the Beloved's departure, of the cortege up the mountain to the Tomb of the Bab, and the fifth, ninth and fortieth days after the ascension.

When they expected the remains of the body of the Bab a resting place was made in the center of what is now the middle front room; but for some reason the Master had another place prepared in the room where the remains now rest. When it was necessary to find a place for the blessed body of the Master they thought of the place already prepared in the front room, and as the Master loved so much that position on the mountain, his remains were placed in that room, You will remember the front room of the Tomb where the believers always gathered and where the Master would speak to them when he went to the Tomb? It is in this middle front room that the Beloved body rests. It is hardly yet possible to believe that we shall not see him walking in and saying "Marhaba, Marhaba!"

The Visitation Prayer that we have in the little prayer book on page 70 is chanted at His Threshold. I have always loved this and said it much.

There is a belief among some of the oriental peoples that the soul is not entirely free from the body until the fortieth day after its ascension, so on that day a feast is always given. To carry out the custom the Holy Family gave a Feast on the Fortieth Day after the ascension of the blessed Master. They invited over two hundred guests and they were feasted in Rouha Khanum's house. The tables were placed in every room and the food was prepared at the Big House. It was indeed a feat to do this, but it was beautifully carried out to the great astonishment of all the guests.

After the feast, as is the custom, all the guests gathered to give speeches in memory of the Master. The large central room of the Master's House had been prepared with beautiful rugs and with draperies, even the two end rooms of glass were thrown open and chairs and couches placed there, while at the windows were Persian draperies. Chairs were brought from the town so that all were seated. A small raised place was made for the speakers. About twelve speeches were given, and some were most remarkable. Mohammedan, Jew and Christian seemed to vie with each other in proclaiming the virtues and in expressions of admiration and love for the Master. Some of these speeches, if not all are to be translated and later to be sent in this account. The Bahá'ís had no chance to enlarge upon the speeches made by the others, for they expressed all there was to be said. One man proved by reference to the Koran, all the Twelve Principles as given in America. Often these men gathered would weep when one would give praises of ‘Abdu’l-Baha, or express his love and admiration. It was most touching to be present, even if one did not understand all that was said.

The Master was not ill, we may say. He did not feel well on Saturday, November 26th, but that night at midnight all fever left him and he was normal. Toward one o'clock of Monday morning he remarked to one of his daughters who was near him, that he felt difficulty in breathing. Those were his last words and after a few moments his soul ascended. The parting was so calm, so without any evidence of struggle that they could not believe he had departed. Dr. Krug confirmed the fact.

From various remarks made to the family at different times and which they now remember, but did not understand at the time, they realize that the Beloved knew he was going. A few weeks before his ascension he told them to send for Shoghi Effendi saying, that if he did not come quickly he would not arrive "for the funeral". Yet they did not understand!

I cannot feel that his work was really finished, but that for some divine mystery he departed now. He told the ladies of a dream he had in which he was entering the Mosque. He thought he would give the "call" which he did. He found that the people were entering and crowding around him. Then he thought he would commence the prayer that follows the "call". This he did and found that the people were following him, and continuing to gather around him. Then he went out of the Mosque. Outside he remembered that he had not finished the prayer, he considered for a moment then decided he would not return to finish it. This seems very significant...